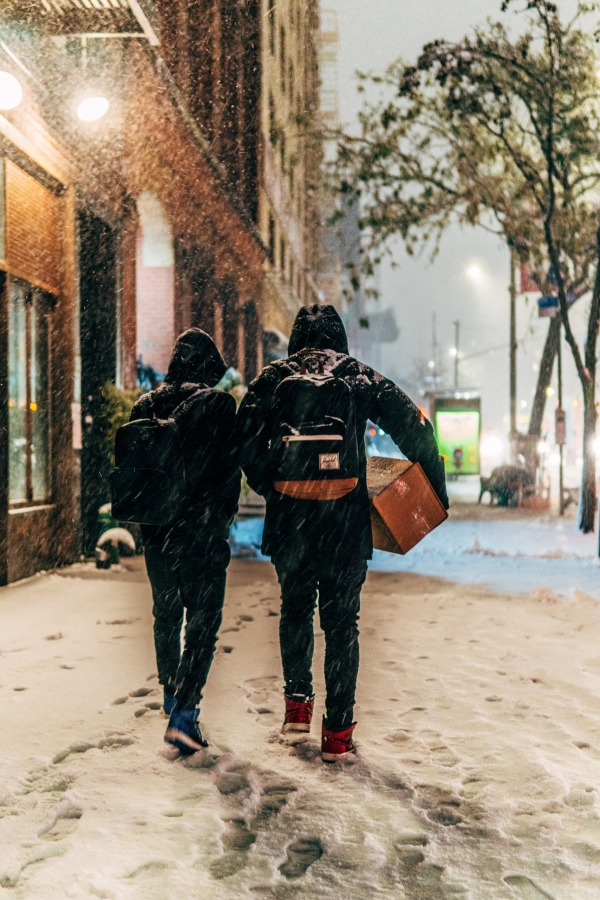 Millions of travelers returning home after Thanksgiving suffered from severe weather around the United States – as some flights were canceled and delayed and roads in the Midwest were closed.

ABC News forecasted two storms expected to hit over 30 states from coast to coast – one in the Northeast and one moving inland on the West Coast.

According to flight-tracking website Flight Aware, delays across the country were underway, and hundreds of flights were canceled on Sunday.

Delta Airlines issued a statement that 22 of its Northeast destinations and 16 of its upper-Midwest stops were likely to be affected by weather delays. The airline offered flight changes with no extra costs for customers listed to use New York’s LaGuardia Airport on Sunday and Monday.

Multiple accidents reported due to weather

WKBW reported that one of Delta Airlines’ aircraft slid off a taxiway after disembarking at the Buffalo Niagara International Airport around 9 a.m. EST on Sunday morning. The plane’s flywheel stuck after it ran off of the taxiway; no injuries were reported.

Nine people died and three others in critical condition after a plane crashed shortly after takeoff during a snowstorm in South Dakota on Saturday afternoon, according to CBS News.

A 36-vehicle accident on I-68 W in Garrett County, Maryland at 3:30 p.m. EST on Sunday amid freezing rain, according to Maryland State Highway Administration’s official Twitter account. At least nine people were injured.

511 Pennsylvania reported multiple crashes and multi-vehicle crashes on I-95 and US 1.

Reports from the Minnesota Department of Transportation pointed out that a multitude of Minnesota’s roads were covered in snow as of Sunday afternoon.

Earlier when I said it’s super windy in #Nebraska, this photo was taken from a Kimbell Nebraska, located in the panhandle, where they had a blizzard today with sideways ice cicles and @NEStatePatrol shut the panhandle down #NEwx #winter2019 #winterweather #LivePD #LivePDNation pic.twitter.com/UDqmbK469N — Sgt. Williamson (@HPDSgt221) December 1, 2019

The storm emerged into the first big storm of the 2019-2020 winter season on Monday in the Northeast on 700 miles (1,126.54 km) west of New England, just east of Chicago. It reshuffled and transferred its energy and emerged on the Mid-Atlantic coast. That caused turbulent flights for those traveling through the Northeast.

Air travelers would also have to endure extremely bumpy flights this week as the low-pressure area begins to transfer its energy to a coastal storm.

The storm made snowfall on Sunday in northeast Pennsylvania and it is expected to extend through to Monday and possibly into early Tuesday. There, results could increase to as much as 9 or 10 inches as it nears the New York border.

Midland County dispatch, which is located in the middle of the Lower Peninsula of Michigan, said many large tree limbs and power lines down due to ice and severe weather. The Northeastern areas can expect no break from the wintry storm well into the workweek immediately following the Thanksgiving holiday.

“As the snow winds down across the Great lakes, wintry weather will increase across the Northeast tonight and Monday,” Samuhel said.

All precipitation should wind down west to east Tuesday morning, clearing all but Maine by noontime on Tuesday. East of I-95 in Maine could see up to 4 to 6 inches total.

The Weather Service is forecasting Boston would wind up with 4 to 6 inches when all is said and done, but that might be a bit generous given the relatively warm air involved. The forecast calls for 2 to 4 inches in Providence, with the cape and islands left out on nearly everything.

“Many places that are seeing ice and rain on Sunday, which will change to snow (on) Monday. We have (expected a) 24-inch forecast in the Northeast by the time snow ends Tuesday morning,” Samuhel said.

© 2018 NatureWorldNews.com All rights reserved. Do not reproduce without permission.